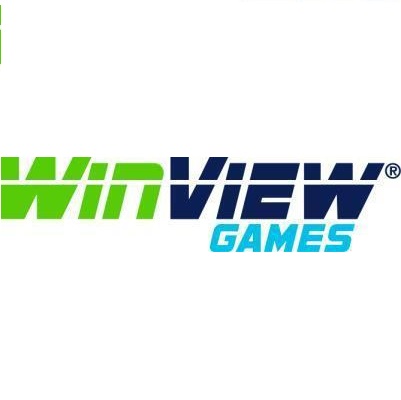 As families gather around football during the holidays, WinView Games provides a new mobile entertaining experience to get everyone involved in football and come together

WinView Games launched this 2016 football season as a free and legal app, which is available on iOS and Android devices. Since its launch, tens of thousands of football fans have been playing WinView Games, which targets the 138 million NFL viewing TV sports fan base, providing a unique platform for Pepsi to interact with this largely millennial and highly sought-after demographic.

WinView will now be introducing advertising into the game with the sponsorship revenue being the source of cash prizes for TV viewers who want to play along as they watch live football on TV.

As part of the in-app advertising initiative, the Pepsi campaign will commence on December [XX] for the [city name at city name NFL game]. The campaign will run through the regular football season where Pepsi ads will appear live within the WinView app on a weekly basis across five NFL games, including Thursday night, three games on Sunday, and Monday night.

When asked about the sponsorship, Adam Harter, VP Marketing Cultural Connections, Pepsi Inc., had his sights set on a big future. “Pepsi is pleased to add WinView Games to its commitment to innovation in new platforms that reach core target consumers – in this case the young male football enthusiasts that are increasingly harder to reach on traditional television advertising. This campaign helps to reach our goal to have our brand associated with exciting new products that reflect today’s always mobile culture.”

“As families gather around football during the holidays, WinView Games provides a brand new entertainment experience to get everyone involved in football and come together with a great new social activity,” said Tom Rogers, Executive Chairman WinView, Inc. “We are thrilled to be working with this iconic brand, as Pepsi is widely recognized as a trailblazer in progressive and strategic digital advertising campaigns. Moreover, Pepsi’s long-time established affiliation with professional football makes this advertising opportunity on WinView Games a natural fit for the duration of the regular football season. We know WinView is a fresh new way to keep people watching football while experiencing the action in a whole new way. We’re excited to bring Pepsi’s legions of fans into the WinView Nation.”

100% free to play, WinView Games is all about pushing live football predictions to NFL fans when the game is on TV, such as, “Will New England complete 2 passes this drive?” WinView players make a “YES” or “NO” prediction about this question while competing against other fans and friends in each quarter-long contest. The more predictions a player gets right, the more chances they have to win money. WinView Games is the next step in the evolution of football engagement.

WinView, Inc. is a Silicon Valley and New York based company that is focused on free mobile two-screen synchronized televised sports games for prizes in the U.S. The Company plans to leverage its extensive experience in pioneering real-time interactive television games played on the mobile second screen, its foundational patents and unique business model. The WinView app is an end-to-end two-screen TV synchronization platform for both television programming and commercials. The free WinView Games app uniquely enhances TV viewing enjoyment and rewards sports fans with prizes as they answer in-game questions while competing with friends in real-time during live televised sports. These free games of skill are legal in every state. For more information, please visit www.winviewgames.com.

WinView’s portfolio of 26 foundational patents covers the synchronization of the second-screen with TV broadcasts and commercials and the optimum methods of monetizing sports-based games of skill, among other types of programming content. The WinView platform and its foundational patents permit it to provide sponsors and advertisers with exclusive access to all the two-screen game participants through sponsorship of the game, in-game videos and incentivized interactive commercials in sports telecasts. The Company plans to expand its service in partnership with the TV and cellular industries, leveraging its intellectual property to establish a two-screen synchronization standard across the entire TV broadcast and cellular networks, which are industries that rely upon standards to function efficiently at scale.